Abstract: The Sy Oliver Papers contain scores and parts used by Oliver throughout his careers as well as a sampling of personal papers and photographs. Most notable among the scores are those created for Jimmie Lunceford and Tommy Dorsey, which were instrumental in ushuring the "swing" era of big band music. 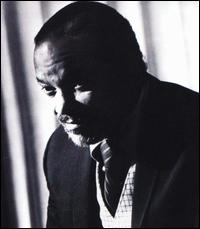 Source: The Sy Oliver Papers were donated in 1995 by his widow, Lillian Clark Oliver.

Melvin James ("Sy") Oliver was born December 17, 1910 in Battle Creek, Michigan. His family moved to Zanesville, Ohio while Oliver was still a child. Oliver absorbed music early in life (both parents were music teachers) and learned trumpet while still a child. By the age of 17 he became a member of the territory band led by Zack Whyte. During this time he taught himself arranging as a way of proving the viability of his harmonic theories. Around 1932 he was associated with Alphonso Trent's territory band. After accepting several of Oliver's arrangements, Jimmie Lunceford invited Oliver to join his band in 1933. He stayed with Lunceford until 1939, working as sideman on trumpet, arranger, vocalist on novelties, and performing with the Lunceford Trio. He is responsible for creating not only that band's unique sound during its heyday in the 1930s, but is also credited with forming the swing sound.

In 1939 he left the Lunceford orchestra and joined the Tommy Dorsey Band, where he composed and arranged many of that band's famous numbers. He also sang some vocals played trumpet (this was his last significant stint playing trumpet). He was listed as an orchestrator on at least three films made in Hollywood, Dubarry Was a Lady (1943), Girl Crazy (1943), and Broadway Rhythm (1944), all made with the Tommy Dorsey band. From 1943 through 1945 he was bandmaster while serving in the US Army (see his Honorable Discharge, folder 1643).

He led his own orchestra between 1946-47. Thereafter he continued arrranging for many groups, and soloists, including the Mills Brothers, Frank Sinatra. In the 1950s and 60s he was involved in numerous recordings, not only stereo re-recordings of his Lunceford and Dorsey arrangements, but also new arrangements.

In the 1960's and 1970's he toured with his own band in Paris (once again playing trumpet after many years, as well as flugelhorn and vibraphone), and appeared at several clubs in New York. He first began to perform at the Rainbow Room with his own ensemble during this time. It was an association that was to last until 1984 (see folders 1649-1651).

The bulk of the Sy Oliver papers are the scores and parts he used. A number of these stem from his days with the Jimmie Lunceford and Tommy Dorsey orchestras, while others stem from recordings such as "Sy Oliver Back Stage." On occasion manuscripts indicate that arrangements were produced for various artists, such as the Mills Brothers, Chick Webb, or Erskine Hawkins. Many vocal arrangements indicate they were made for his wife, Lillian Clark, and her singing group. A few others were made for the Pied Pipers, a group that appeared with the Tommy Dorsey band. His successful career as an arranger led him to publish "Sy Oliver's self-instructor arranging course" (see folder 1632).

Some scores were used for the New York Jazz Repertory Company in 1974. A large portion of material comes from Oliver's eight-part ensemble which appeared at the Rainbow Room. Many of these arrangements were modified slightly (often with the addition of guitar) when the band played at Monte Carlo. Probably from around this time he also made some arrangements for ten-piece band. Apparently he gave the original manuscripts of these away but retained photocopies, which are included in this collection.

Oliver organization for his collection is to be found in his inventory (see folder 1633). It has listing by song title as well as indicies.

Sy Oliver's birth certificate, military discharge, and several passports are among the personal documents. The majority of correspondence stem from the 1970s through his death. Among the significant files are those relating to the Rainbow Room as well as a large amount of fan mail.

There are a number of clippings concerning Oliver's work after 1970, in particular his European tours and his work at the Rainbow Room. There are also programs from this period, most of them containing concerts at which Oliver's arrangements were played.

Organization and Arrangement Table of Contents

The Sy Oliver Papers are arranged in four series:Series 1: Musical scores and partsFor convenience of the user, series one in this finding aid has been arranged alphabetically by title of song. Under each different title, generally scores have been placed first, then parts. Certain titles have several sets of scores and parts. In such cases, an attempt was made to group scores with their corresponding parts next to one another. (This was not always possible as many of the parts for different arrangements had been found interfiled together.)Part A consists of individual songs.

Part B consists of medleys, arranged by title of medley.Folder numbers may not appear sequentially since oversize scores (those larger than 38 x 27 cm.) are filed separately (folders 1-336, and 1769-1805).If published sheet music exists for a title, it is located after the listing for parts.Sy Oliver's inventory (see folder 1633) contains extensive cross-indexing based on style of song and arrangement. Series 2: BooksThe four books are arranged alphabetically by the author's last name.Series 3: Papers and documentsThis series is organized with the following sub-groups: Personal correspondence, business documents, fan mail, clipping and programs. Within each sub-group items are generally arranged in chronological order.Series 4: PhotographsFollowing the finding aid is a partial list of works organized by arrangement. This is followed by a list of names occuring in the collection. (To see a list of Sy Oliver's work visit The New York Public Library web site. The list is much too long for me to put here). Just a sample, below;

Barcarolle, Blue skies, Boogie woogie,Chicago, Deep river, Tommy Dorsey medley, East of the sun, Fanfares, Hang over, Hawaiian war chant, I'm coming Virginia, I'm getting sentimental over you, Marie, Oh! Look at me now, On the sunny side of the street, The One I love, Song of India, Swanee river, Then I'll be happy, There are such things, This love of mine, Well, git it, Yes indeed

Ain't she sweet, Annie Laurie, By the river Sainte Marie. Cheatin' on me, Dream of you, For dancers only, Four or five times, I'm walking through heaven with you, Jazznocracy, Margie, My blue heaven, Organ grinder swing, Rhythm is our business, Tain't what you do, White heat, Yard dog mazurka

Nothing on this page can be ordered by email:Al Levy

Back To My Bio or OUT TO MAIN LOBBY