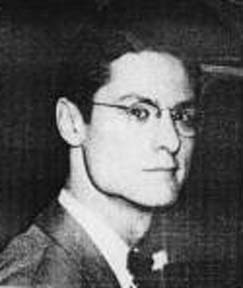 From the pen of Eugene Chadbourne

Drummers, singers and trumpet players were among the stars that pianist Joe Springer accompanied during a lively career that began in the early '30s at various Coney Island clubs. One of his first employers was the single-winged Wingy Manone; as far as trumpeters go, the pianist also went on to work with the extraordinary, multi-talented Charlie Shavers as well as the great Roy Eldridge. Singers Springer sprang up to gig with included Billie Holiday and Anita O'Day. As for drummers, Springer grabbed a spot in the very first band organized by Buddy Rich, then went on to spend two years with Gene Krupa beginning in 1942. About a decade later he rejoined Rich for a short stint.

Springer was also in a 1940 combo put together by Louis Prima for a run at a New York City venue, the Hickory House. As this decade continued he also collaborated with bassist Oscar Pettiford, saxophonists Ben Webster and Charlie Barnet and the eccentric composer and bandleader Raymond Scott. The pianist's discography is quite large and while picking a high point would be difficult, his ongoing relationship with the aforementioned Holiday resulted in a regular presence on some of her best recordings, including sides cut originally for Decca and then reissued on MCA. Following a period of loose gigging around New York City in the '60s, Springer seems to have retired to Florida.

All of the midi files on the net have been cut back.. Features such as stereo and other effects have been stripped out. These are snips of the originals. All of these are available as midi, .pdf files, printed sheet music recorded on tape or CD.