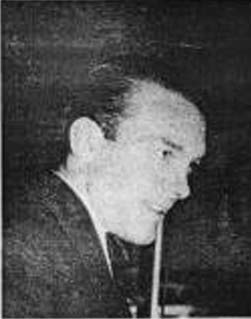 He played with the Jimmy Dorsey Band in the 1930s and was a charter member of the Will Bradley Orchestra when it formed in 1939. Known to bandmates as "Daddy Slack," he played the piano solo on Bradley's recording of "Beat Me Daddy, Eight to the Bar", one of the early white boogie-woogie hits and a classic of the Big Band era.

After forming his own band in 1942 and signing with the newly-founded Capitol Records, he recorded three songs at the third Capitol recording session on May 21, 1942. His recording of "Cow Cow Boogie," sung by the 17-year-old Ella Mae Morse, was the second record Capitol issued on July 1, and by July 25 it had reached number 1 on the hit parade. It was Capitol's first gold single.

T-Bone Walker was a member of Slack's band from 1942 to 1944 and Slack later accompanied Walker on his first solo recording for Capitol, Mean Old World. This band also had a hit with "Strange Cargo."

Slack continued to record with Capitol until at least 1950, recording some 80 tracks for the label. Slack also recorded as an accompanist for Big Joe Turner, Johnny Mercer, Margaret Whiting, and Lisa Morrow. In the original version of the song "Down the Road a Piece", recorded in 1940 by the Will Bradley Orchestra, Slack is mentioned in the lyrics:

If you like to boogie woogie, I know the place.
It's just an old piano and a knocked out bass.
The drummer man's a guy they call Eight Beat Mack.
And you remember Doc and old "Beat Me Daddy" Slack.

His 1955 album Boogie Woogie on the 88 featured a horn section including jazz musicians Shorty Sherock and Herbie Harper among others, and with arrangements by Benny Carter.

He also co-wrote the 1946 classic "The House of Blue Lights" which was later recorded by Chuck Miller, The Andrews Sisters, Chuck Berry, and Jerry Lee Lewis.

All of the midis have been abbreviated. The mp3 selections are complete. Full versions of the midi files can be ordered. All of the selectons are available as midi, mp3, .pdf files, printed sheet music or recorded on tape or CD.

To order anything clickhere

mp3 After I Say I'm Sorry (Piano Solo) - my synths

midi I Cried For You (Piano Solo)

mp3 I Cried For You (Piano Solo) - my synths 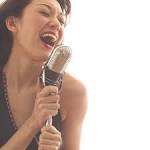 mp3 Stompin' At The Savoy (Piano Solo) - my synths

mp3 The Moon Is Low
(Piano Solo) - my synths

Sidle Back To The Saloon? or Return To Main Lobby?