All the material on this page was taken from Rita Gardner's Official Website. Rita Gardner A legend in the New York Theater.

Rita Gardner has had a long career on and off Broadway, she is best known for originating the role of The Girl in the longest running musical of all time, The Fantasticks. Her Broadway credits include A Family Affair, Ben Franklin In Paris, 1776 and Last of the Red Hot Lovers. Most recently, she created the role of Rosie in the musical The Wedding Singer. 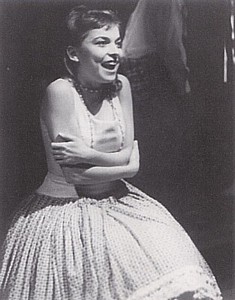 Ms. Gardner's Off-Broadway credits include Jacques Brel Is Alive and Well and Living in Paris, Steel Magnolias, and Wings. Other theatrical credits include A.R. Gurney's The Snowball, The Prime of Miss Jean Brodie, Gingerbread Lady and Side By Side by Sondheim. She has performed in productions at Goodspeed Opera House, Ford Theatre in Washington, DC and New York City's Connelly Theatre, among other celebrated venues. Ms. Gardner also performed in the National tour of Kiss of the Spider Woman.

Her film credits include Mr. Gibb, Super Heroes and most recently P.S. I Love You, with Hillary Swank. She has had roles on Guiding Light and on each version of Law and Order, as well as various other television appearances.

Ms. Gardner's most recent theatrical activities include the reading of the new Broadway musical version of QUEEN OF THE STARDUST BALLROOM, starring Tyne Daly, Lucy Arnaz and Keith Carradine, slated for next Spring, and also the title role in the reading of a new play with music - ZAZOU - tentatively scheduled for the Walnut Street Theatre in Philadelphia this Fall. Film work includes short films, done as part of RIPFEST, which has just recently concluded. 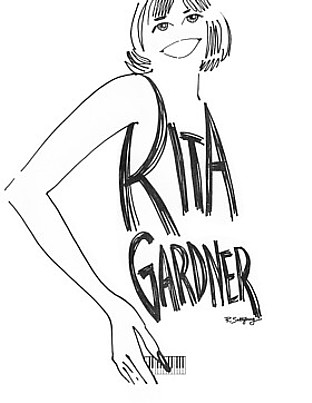 And, along with this busy schedule, she continues with her first love - her one-woman show - Try To Remember: A Look Back At Off-Broadway -accepting concert bookings (with or/without master classes) at universities, cabarets and theatres throughout the country.

RETURN TO MY BIO or RETURN TO FRONT LOBBY