Composed By Sammy Cahn and arranged for combo by Al Levy

In 1959 came Sinatra's film A Hole in the Head, for which Sammy Cahn wrote "High Hopes". The song won Cahn his third Oscar, and later (with a revised lyric) became John F. Kennedy's campaign song. A few years later I taught all of Sammy's nieces and nephews how to play the piano. His sisters lived on Long Island and one niece I remember teaching lived in Queens N.Y. 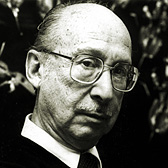 This is a performance at the Las Vegas Club in Syosset which demonstrates again the versatility of the charts.

I created the "fade in" and "fade out." The tape was nine minutes long. It is possible to segue into or out of any arrangement. On the tape we segue in, play the wriiten parts to the "segue ending", then play another tune instead of playing the "out " ending or coda.

Back To Al's Combo Page