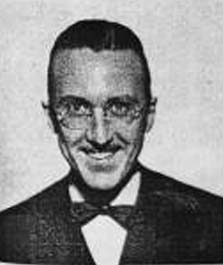 All the Information on this page was donated by STEVE LaVERE, Charles' Son.

Click here to see the WEBSITE dedicated to Charles LaVere. Established to administer the original compositions of respected jazz pianist and vocalist Charles LaVere, including "Boogaboo Blues", "It's All In Your Mind", "Love Lies" and "Very 8'n Boogie". (affiliated with ASCAP)

BIOGRAPHY adapted and amended from John Chilton's Who's Who Of Jazz:

Gigged around Oklahoma City (1930-2) with own bands and those of Clarence Tackett, Johnny Dorchester (playing trombone), Rabie Cummins, Boyd Schreffler, Goof Moyer and Tracy-Brown; also toured twice with Marshall Van Pool (replacing Stanley Wrightsman). To Bermuda with Sam Robbins (1931), playing trombone before the Prince of Wales; later toured with Roy Ingraham, and Freddie Bergin (replacing Bob Zurke). To Chicago late 1932, led own bands and with those of Wingy Manone and Jack Teagarden on first records

(1933). With Joe Marsala (1934), also toured Texas and the mid-west with Eddie Neibauer and Dell Coon. First recorded composition, 1935: "The Blues Have Got Me", Harlem Hot Shots (Wingy Manone). Led own all-star recording group in Chicago (1935): Preston Jackson, Joe Marsala, Boyce Brown, Jess Stacy, Zutty Singleton, and Jabbo Smith, with whom he wrote and recorded the first inter-racial blues vocal recording in the history of jazz.

Did radio work (1935-7) with Rico Marcelli (duo-pianos with Dave Rose), played trumpet with Joe Sanders (1935), then piano with Henry Busse! To New York in 1937, accompanied Bert Froman, then joined Paul Whiteman, with whom he was a featured performer with Jack & Charlie Teagarden in "Teagarden, LaVere & Teagarden, the Swing Wing Trio" early 1938. In Los Angeles joined Frank Trumbauer (1938), then began extensive work in radio and recording studios in Hollywood first with Skinnay Ennis, then Victor Young, John Scott Trotter and Gordon Jenkins, regularly accompanying Bob Hope, Bing Crosby, Dick Haymes and a host of other stars (1939-50). Also with Johnny Cascales (aka Johnny Richards) (1939) and John Riley Scott (1940). Had million-seller record (1948) as vocalist on 'Maybe You'll Be There' (Gordon Jenkins' first hit). Led own LaVere's Chicago Loopers (1944-50) on records and at 1949 Dixieland Jubilee. From 1950-4 worked regularly with Country Washburne on radio, also performed and recorded with the Sextet from Hunger. Co-wrote (with Tom Adair) and performed in 'Golden Horseshoe Revue' at Disneyland

(1955-60), winning its place as the most performed stage show in the Guinness Book of World Records. Recorded as blues vocalist on "The Letter" with Judy Garland (1958). Toured as accompanist for George Burns (1959-60), then led own quintet (with Deane Kincaide) in New York (1960-1). Moved to Las Vegas (1961) and reorganized Bobcats for Bob Crosby, later with Wingy Manone (1963), duo with Danny Sherrett, and many solo residencies. To Southern California (1963), more solo spots and spell with Jack Coon, also assistant conductor at Melodyland Theatre. Played piano (and accordion!) on two cruises to Australia and the South Seas. With Russ Morgan in Las Vegas as pianist and arranger (1967), then organised own piano-repair and tuning service in Southern California. Later solo residencies in California, Oregon and Colorado resort areas.

Compositions include: "The Blues Have Got Me", "Cuban Boogie Woogie", "It's All In Your Mind", "Mis'ry & The Blues".

Charlie LaVere (Charles LaVere Johnson) is principally remembered for a set of irresistible recordings made with his Chicago Loopers, a studio group featuring Jack Teagarden, Billy May, Matty Matlock, George Van Eps, Floyd O'Brien and little-known cornetist Rico Vallese. The man behind these sessions was at the time one of Hollywood's busiest musicians, a studio regular who accompanied Bing Crosby (1939-47) and played on sessions for a multitude of stars, having already worked with Teagarden, Wingy Manone and Paul Whiteman. A capable singer and fine composer, LaVere later played at Disneyland (1955-9) and with Bob Crosby, but his Chicago Loopers remain his seminal contribution to jazz history. [DF]

* LaVere's Chicago Loopers (1944-50; Jump). Recorded in four sessions, these titles have become the definition of Dixieland perfection; the superbly arranged "Carolina In The Morning" and LaVere's own lovely "It's All In Your Mind" are highlights, but all sixteen tracks are essential listening.

All of the midi files on my site have been cut back.. Features such as stereo and other effects have been stripped out. These are snips of the originals.