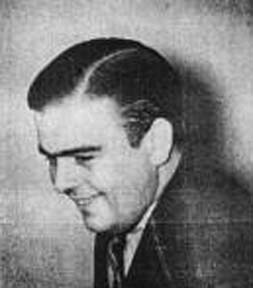 DAVE BOWMAN was born in Buffalo, N.Y. in 1915. His parents who were Canadians, returned to Hamilton, Ontario shortly after his birth. Dave began picking out tunes by ear when he was 4. Serious study of music started at 9 and continued throughout the next six years. He became interested in dance music and worked hard to develop a style utilizing records and radio. His first professional job, which lasted for three years was with Ken Steele, a local band leader. Next was a short time with Morgan Thomas and then to England for a job at the Savoy Hotel, London.

He joined Jack Hylton who had just returned from the United States and was organizing his band. A tour of European capitals, including Amsterdam, Berlin, Budapest and Vienna preceded an extended run at the Palladium in London. He left for New York, where for two years he worked with small bands fronted by Bobby Hacket and Hal Freeman at Nick's in Greenwich Village. During this period he was associated with many top jazz musicians including in addition to the leaders mentioned, Eddie Condon, Max Kaminsky and Pee Wee Russell. Later he affiliated with Jack Teagarden, Muggsy Spanier and other dance orchestras. His style was more influenced by Jess Stacy and Fats Waller.

All of the midi files on the net have been cut back.. Features such as stereo and other effects have been stripped out. These are snips of the originals.All of these are available as midi, .pdf files, printed sheet music recorded on tape or CD.

midi Squirmin' At The Sherman

Back To The Bar or Return To The Front Lobby?